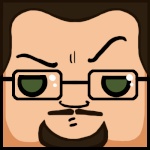 Univers Virtuels, http://forum.univers-virtuels.net/topic/39571-news-40-nouvelles-aptitudes-et-bien-plus-encore/page__st__40#entry426955 a écrit:Elementalist
Fire: Blinding Ashes: Blind foes for 5 seconds when you burn them – cooldown 5s
Air: Lightning Rod – interrupting an enemy causes them to be stuck by a damaging lightning bolt that leaves them weakened (5s)
Earth: Stone heart – You cannot be critically hit while attuned to earth
Water: Aquatic Benevolence- your healing to other allies (not self) is increased by 25% – stacks well with Runes of the Monk
Arcane – Elemental Contingency- Gain a boon when you are stuck, based on your current attunement, coodown; 10 seconds. Fire: 3.5s of retaliation; air: 5 seconds of fury; Earth: 2.5s of protection; Water: 3 seconds of vigor

Engineer
Explosives: Synaptic Overload – gain 3 seconds of quickness when you hit a foe with a knockback skill
Firearm: Bunker Down – Create a proximity mine at your location when you critically hit with an attack. Mines have a 10s duration, 2s cooldown (mines do not remove boons)
Inventions: Fortified Turrets – your turrets are surrounded by a reflective shield when created. 4s duration, ends if the turret is picked up or destroyed.
Alchemy: Experimental Turrets – Turrets apply boons based in a 600 raidus around them every 10 seconds. Thumper turrets: 3 seconds of protection. Net turret: 10s of swiftness. Rifle turret – 5s of fury. Healing turret – 3s of vigor. Rocket turret – 3s of retaliation; Flame turret – 3 stack of might for 10s.
Tools – Gadgeteer – gadgets grant additional boons upon use. Boon vary based on the gadget being used – AED – 3s of retaliation, Personal Battering Ram – 5s of fury; Rocket Boots – 4s of Vigor; Slick Shoes – 8s of regeneration; Throw mine – 6s of aegis; Utility Goggles 5 stacks of might for 8 seconds.

Guardian
Zeal: Amplified Wrath- Burning damage is increased by 33%
Radiance: Radiant Retaliation – Retaliation Damage scales from condition damage instead of power
Valor: Communal Defenses – Grant 5s of aegis to allies in 360 range when you block an attack. 20s cooldown.
Honor: Force of Will – Gain up to 300 vitality, based on your level. (around 3k HP at level 80)
Virtues: Purity of Body – Resolve’s passive effects increase endurance regeneration by 15%

Mesmer
Domination: Power Block – Enemy skills that you interrupt have an increased cooldown of 10s (no internal cooldown on this skill, just depends on cooldowns of your interrupts)
Dueling: Triumphant Distortion – Gain 3s of distortion upon killing an enemy. No cooldown.
Chaos: Bountiful Disillusionment – Gain boons each time a shatter skill is used. Mind wrack – 3s of relitation. Cry of frusturation – 3 stacks of might for 15s; Diversion – 5s of fury; Distortion – 8 seconds of regeneration
Inspiration: Disruptor’s Sustainment: Gain 1000 healing power for 5s upon interrupting a foe.
llusions: Maim the Disillusioned – Enemies hit by shatter skills are inflicted with torment.

Necromancer
Spite: Parasitic Contagion – A % of your condition damage heals you (5%, not affected by healing power)
Curses: Path of Corruption – Dark Path now additionally converts 2 boons into conditions.
Death Magic: Unholy Sanctuary- Regenerate health while you are in death shroud (this is the only method currently to physically regen your HP while in death shroud – it is same as healing from regen, will scale with your healing power)
Blood Magic: Unholy Martyr – Draw 1 condition from allies every 3 seconds while in death shroud. Each time you draw a condition, gain 5% life force.
Soul Reaping: Renewing Blast – Life Blast heal allies that it passes through. (~800 heal per blast, scales up with healing power)

Ranger
Marksmanship: Read the Wind: Longbow and Harpoon Gun projectile velocity is increased by 100%.
Skirmishing: Strider’s Defense – You have a 15% chance to block ranged attacks while in melee.
Wilderness Survival : Poison Master – Poison you apply deals 50% extra damage. Poison your pet’s first attack when they are swapped to.
Nature Magic: Survival of the fittest – Remove two conditions and gain fury when using a survival skill.
Beast Mastery: Invigorating Bond- Your pet heals in an area when executing command abilities (i.e. your F2 skill now heals in an area)

Thief
Deadly Arts: Revealed Training – Gain up to 200 extra power when you are revealed, based on your level (Revealed lasts for 3s for WvW, 4s for sPvP)
Critical Strikes : Invigorating Precision – You are healed for a % of the strike damage dealt. The current rate is 5%. Does not work on ambient creatures.
Shadow Arts: Resilience of Shadows – Stealth you apply reduces 50% incoming attack damage (does not work against condition damges)
Acrobatics: Assassin’s Equilibrium – Gain 1s of stability when you are revealed. This is a high skill cap trait as you need to use it when you see a stun/daze coming and attack first to reveal yourself and gain the stability.
Trickery: Bewildering Ambush – Stealing applies 5 stacks of confusion for 5 seconds.

Warrior
Strength: Burst Precision – Burst skills have an increased chance to critically hit ( Chance: 100%)
Arms: Dual Wield Agility- Your attack speed is increased by 10% when wielding a sword, axe or mace in your offhand.
Defense: Rousing Resilience – Gain toughness when you break out of a stun. The amount of toughness gained is up to 1000, based on your level and lasts for 4 seconds.
Tactics: Phalanx Strength – When you grant yourself might, grant it to nearby allies as well. 6s of might is granted each time this trait triggers. (It works with blast finishers)
Discipline: Brawler’s Recovery – Remove blindness when you swap weapons.